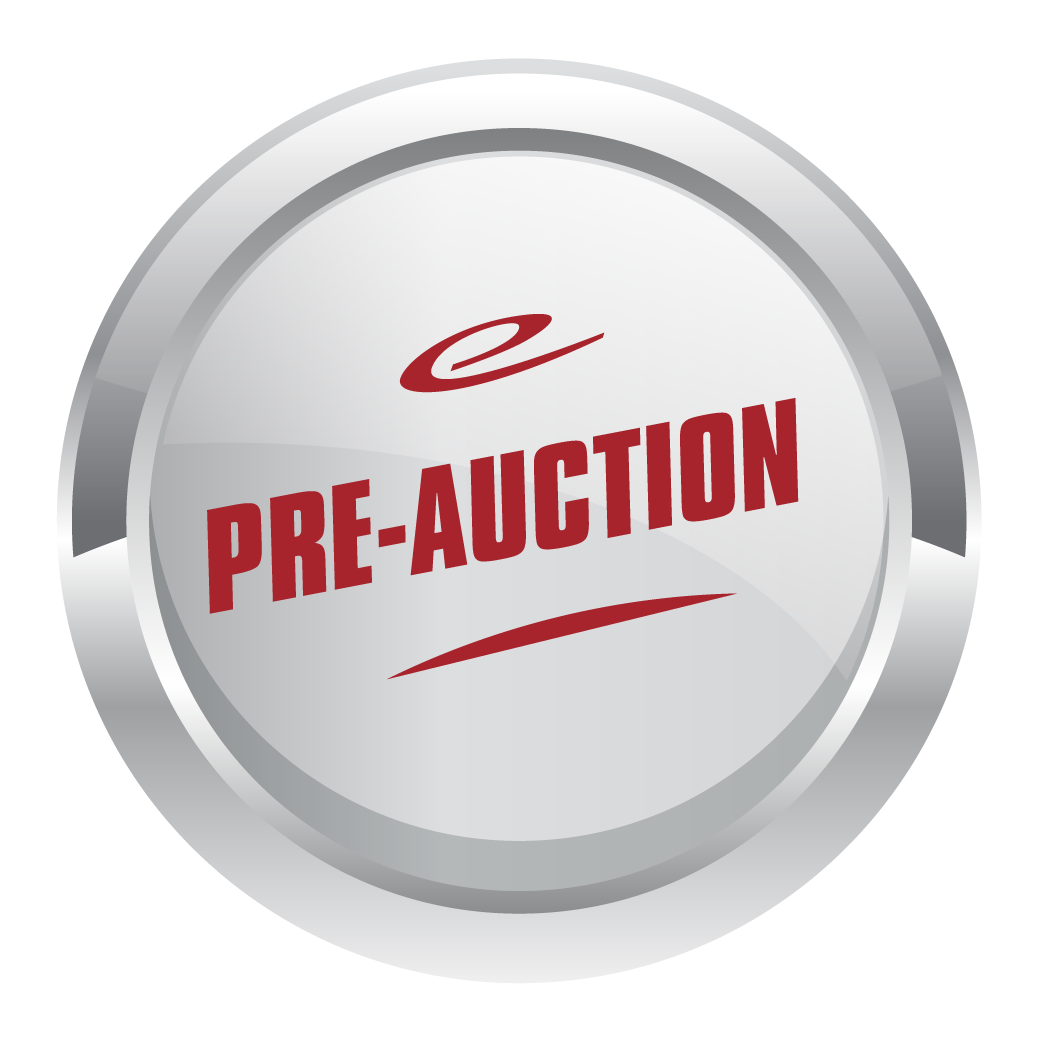 Pre-Auction Vehicle. These are vehicles that are typically flawed in some way. They are typically higher mileage, older, lower-priced vehicles. They are generally vehicles that we would otherwise wholesale to a small dealer or independent lot. They fall outside of our "Risk Free" vehicle guidelines but we have found that our customers have requested that we make these vehicles available as 2nd cars, college cars, "kid's" cars or other basic transportation to the public for retail sale. Some general guidelines:

-basic oil change and safety inspection, we encourage you to have your own inspection done by a 3rd party if you so choose

-they are priced with consideration of condition and possible repairs needed

-they are sold without a warranty

-they are offered for a limited time only-3-4 weeks

-they are also sold with our best price on the windshield

While there is always some risk in purchasing these types of vehicles, we feel that there is also a great opportunity for you the consumer to get a great deal.

Model Overview
Toyota's minivan, the Sienna, is available in an accommodating long wheelbase configuration for 2008, and is powered by a 3.5L V6, making 266 horsepower and 245 lb-ft of torque, mated to a five-speed automatic transmission. Buyers have a choice between front-wheel drive and all-wheel drive in most Sienna models; front-wheel drive models get fuel economy ratings of 17 mpg city, 23 highway, which are high numbers for this vehicle segment. The Sienna also boasts a turning circle of only 36.8 feet--less than many other sedans and minivans.
Four different Sienna models are available--the base CE, LE, well-equipped XLE, and the very luxurious XLE Limited. The CE model includes keyless entry, a six-speaker CD sound system, front and rear air conditioning, and power windows, locks, and mirrors. The LE adds heated mirrors, steering wheel-mounted audio controls, cruise control, a six-disc changer, and other features, while the XLE adds tri-zone automatic climate control, power dual sliding doors, leather seats, a power driver's seat, fog lamps, and a garage-door opener. At the top of the range is the Limited, which brings a long list of additional features including a 360-watt, ten-speaker JBL Synthesis sound system, power-folding mirrors, front and rear parking sonar, Dynamic Laser Cruise Control, heated front seats, and 17-inch alloy wheels. The Sienna's interior has ten cup holders, four bottle holders, three 12-volt power outlets, and a folding tray table.

Front wheel drive models offer an eight-passenger configuration with a second-row bench seat, or a seven-passenger arrangement with second-row buckets. The seven-passenger setup is mandatory with all-wheel drive LE, XLE, and Limited models. All Siennas get a 60/40 "Split & Stow" third-row bench seat that stashes into the floor for a flat loading surface, and on Limited models a power-operated version is available. With the second row of seating removed, storage is ample.

Notable options include a navigation system with integrated Bluetooth hands-free system, rear sunshades, AC power outlets, and a rear-seat DVD entertainment system with wireless headphones and a nine-inch screen, larger than that on most other vans and SUVs.

All Siennas have many safety features standard, including anti-lock brakes with electronic brakeforce distribution (EBD), and brake assist. Front side air bags are standard, along with side curtain air bags that cover all three rows of seating. Stability control is optional across the line and standard on the Limited. All-wheel-drive models come with run-flat tires that can run at 55 mph for up to 100 miles.