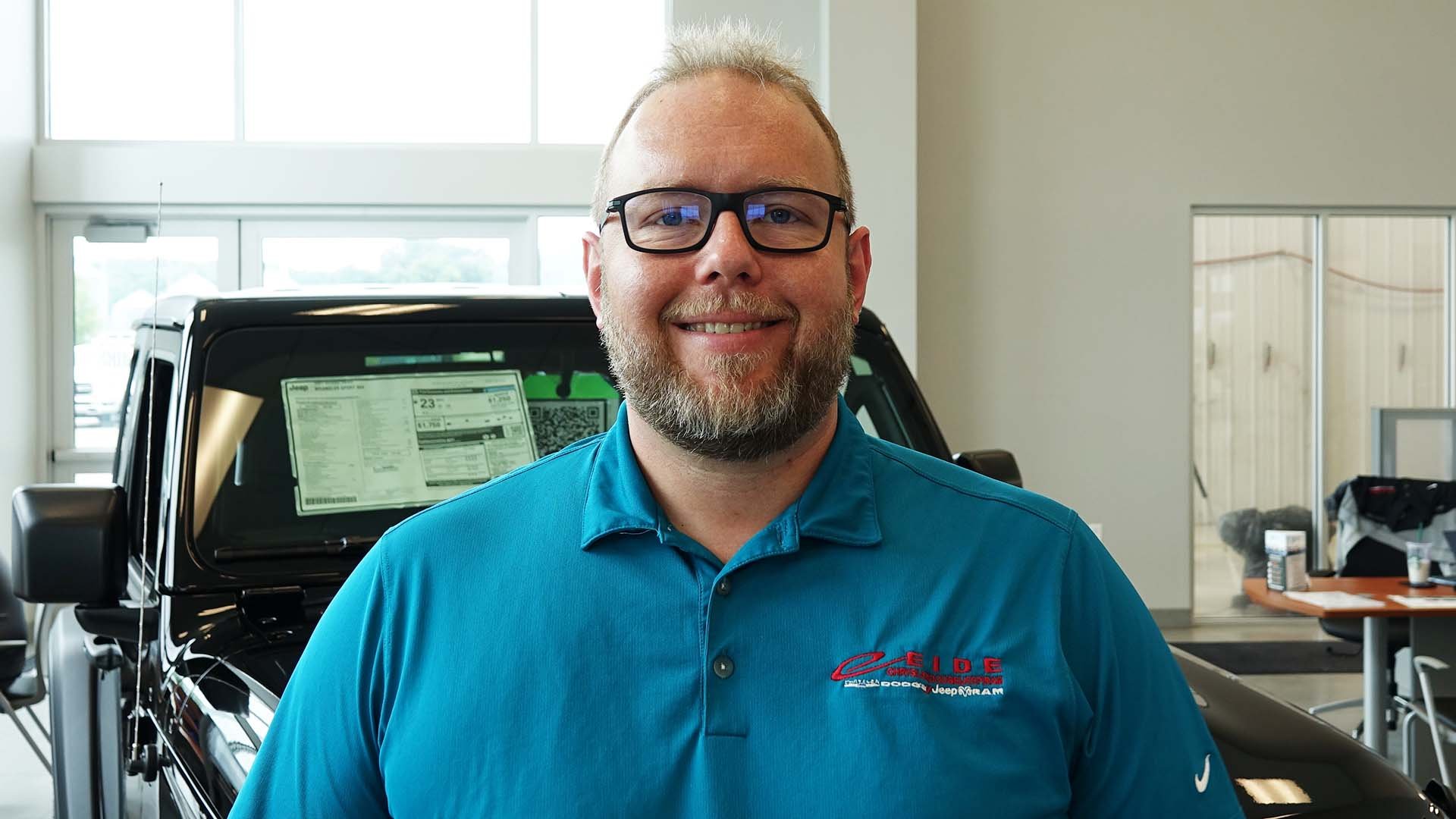 One of the cornerstones of working for Eide is our commitment to promoting our employees from within. This month’s feature we talk to Business Manager Chris Klein. Chris has been working in the automotive industry since 2012. Starting his career as a sales consultant, Chris has a talent for always taking care of the customer while also having a terrific attitude. It’s no wonder Chris is moving up through the ranks.

Asking Chris what he likes about working with customers he said: “It feels good when everything clicks together and falls into place.” Chris’s new responsibilities as a business manager have changed, asking what he likes about the new position his response was “You really need to keep an eye on all the paperwork but it’s fun to learn something completely off the wall different. Plus it's a completely different side to the business.”

Chris was initially shy about taking on the new role as a business manager but he knew the importance it would be to move his career forward. “I actually wanted to refuse the promotion, but I’m very happy to have accepted the position. It’ll really help me become a better upper level manager in the future.” said Chris.

Asking Chris what he had to say about the Eide Culture his response was “At Eide you’re working with the best and most importantly we take no shortcuts.”

The next time you’re shopping for a new or used car in Zumbrota, MN you may have the chance to work with Chris. If you do, Chris will take care of you every step of the way. Great job Chris!